History and Past Results

The Christmas Bird Count
The Audubon Christmas Bird Count is an annual, international event that began at the turn of the last century. It originated as an alternative to the "Side Hunts" in which competition focused on the most birds killed, rather than observed and recorded as part of a complete census of species and their numbers on a nationwide basis. You can read more about its remarkable and illustrious history at Audubon's CBC web site.

The Brazos Bend Count
2019 marks the 35nd annual Brazos Bend Christmas Bird Count, and the 117th Audubon CBC. The Brazos Bend Count is as old as the Park itself, and has routinely ranked in the top 5% of CBC events nationwide for several years. The Park and surrounding area has long been a favorite hotspot for birding enthusiasts. Our local CBC is staffed by participants from throughout the area including experienced leaders. Together with many supporting intermediate or beginning birders work to assure a thoroughly enjoyable effort form start to finish. Thanks to the efforts of past leaders like Bob Honig, Park Ranger David Heinecke, and Bill Godley, our Count has a great and storied tradition.....or at least has some great stories! Justin Bower is the current Compiler (justinbower@gmail.com). 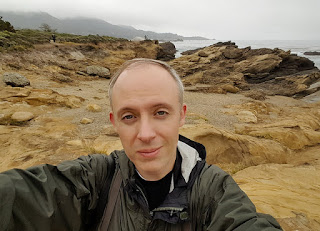 Working as teams, the excitement and new friendships make for an enjoyable day. The success of the CBC is the product of a determined and enthusiastic participant base with a core group of expert area leaders. Brazos Bend and its environs represent a wealth of different habitats and its veteran participants bring years of local expertise to bear in flushing out rare birds.

The culmination of each year's CBC is the anticipated Count Dinner. After a day of birding, participants enjoy some great BBQ from the Swinging Door Restaurant and count the species seen during the day. The highlight of the dinner is the coveted “Big Bird Award” to the participant judged as finding the “most special bird” of the day.

Past Results
The 2018 Count was another success with a great variety of species noted. A report on the results of  2018 Brazos Bend CBC Report can be seen online by clicking here.

The Brazos Bend Christmas Bird Count is an annual event in which participants canvas the area in and around Brazos Bend State Park, counting birds and bird species as part of an international Audubon Society event. Since the opening of Brazos Bend State Park, our local Count has grown by leaps and bounds, and now routinely ranks in the top 5% of Counts in the nation.
The 2019 Count will be held on Saturday December 14th
Highlights of the day will include out famous Count Dinner, courtesy of NRG, and the coveted Big Bird Award!
We hope to see you there!
Justin Bower, Compiler
(Many thanks to NRG's W.A. Parish Plant, Brazos Bend State Park, the Brazos Bend State Park Volunteer Organization , the generous landowners who allow us to survey their properties, and our wonderful participants for their support of this event)